Remote Online Notarization - You are likely not ready to deploy

Necessity is the mother of all invention, so the saying goes. No, not exactly true here. RON was already being deployed in pockets across the industry pre-coronavirus. Therefore, its more appropriate to proclaim, “perplexing problems produce instant popularity where past procrastination persisted.” Said more plainly – nothing is more white-hot than RON right now, and everyone suddenly cannot live without it. Demand far-outstrips supply by a factor too large to contemplate. 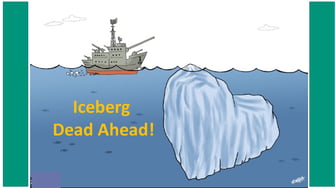 A few times a week I get urgent requests from lenders looking to deploy RON immediately, and some are so disappointed with their current title and closing vendors, they are intent of firing them. RON is not a magic wand to deploy the technology and immediately close more loans.

There is no magic. However, there is an overabundance of misunderstanding, unrealistic expectations and limited bandwidth.

I spent the past week interviewing numerous industry professionals from every aspect of RON.  The general consensus is that, until the pandemic, RON was slowly gaining traction. Lenders typically saw it more as a nice-to-have borrower convenience, but it was an added expense.  The convenience factor had not yet solved for return on investment needs of most lenders.  Today, while in the thick of the pandemic, RON has shifted to a continuity of business need.  Leaves me wondering if that is all it will ever be, or is this the catapult event?

Everyone desperately wants it now, though there are not enough vendors for the sudden demand.  I am hearing these vendors are beyond overwhelmed.  I suspect it’s a double-edged sword for them, with amazingly full sales pipelines, yet working 80-hour weeks must be taking its toll on the people.

Both Fannie Mae and Freddie Mac have lists of partners for eClosings & eMortgages, and MISMO identifies several via their Digital Mortgage Resource Center. The GSEs and MISMO each make it clear they are not specifically endorsing any vendor, but instead merely referencing current capabilities. There are only about 15 with in-house eClose capability, with a few others providing eClose via a third-party platform.

Keep in mind, these technologies are not exclusive to mortgage, as they also serve financial services as a whole, as well as healthcare, legal, insurance and other industries.  All of them surely have clients fearful of signing documents in person.  It may be wise, in the near-term, to consider your alternatives, which I discuss later in the article.

Bandwidth bottlenecks are not only limited to platform vendors.  To become fully deployed and operational, there are many stakeholders in the closing process, including notaries, attorneys, title agents, title underwriters and more.

I learned of an interesting MISMO dynamic during my RON research, whereby they now intend to treat standards (not just data) more like products.  According to Jonathan Kearns, VP at MSIMO, within the coming weeks, it will begin certifying their digital mortgage vendors via a set of standards derived by a broad cross-section of the industry.

“MISMO’s standards for RON are a very specific set of best practices for vendor adherence, and model standards for state legislation,” Kearns said. “The MBA’s State Government Affairs and Industry Relations department has done a great job, especially with RON. There were just four states with RON legislation in the beginning and now there are 23, with many more having temporary legislation.” He added multiple Secretaries of State even participated in the collaborative effort.

Well-done, MISMO! The mortgage community badly needs a centralized destination where they can act with confidence, knowing they understand and meet state legislation. Virtually no stakeholder in the RON process can commit to it without this clear guidance.

Like a captain of an ocean-going ship dodging icebergs, you need to understand what lies beneath the surface. Be cautious of not just what you can see, but that which may not be so readily visible. Even if eClose bottlenecks did not exist right now, deploying RON is a complex maze and a very heavy lift, likely rendering you not ready. While not an all-inclusive list, the following few considerations should give you an idea of how much change management is involved.

Furthermore, even the RON platforms come with their own varying operational models.  Some simply become your closing vendor, forcing you to allow them to schedule and execute the RON closing via their own signing agent network.  Others essentially license their technology and will allow the lender to invite their title company to completely manage the RON closing.  And in some instances, lenders have the flexibility to choose between the two models.

How exhilarating – another acronym is born!  Remote Ink-Signed Notarization (RIN) is an alternative method of conducting notarizations with intent to mitigate the risk of spreading the Coronavirus during face-to-face notarizations.  Only specific states have temporarily authorized them, lasting for the duration of the state of emergency or for a defined time period after the emergency is lifted.

RIN removes the in-person aspect, but also bypasses the eSign technology, permitting a notary and borrowers to be in different physical locations. Using audio-visual technology (e.g. Zoom, WebEx, etc.), notaries simply witness wet signatures, have docs sent to them so they can later wet sign and apply their notary seal.

According to Bill Anderson, VP with the National Notary Association, New York was an early adopter of RIN, with the governor signing an executive order in March.  RIN has since been adopted by numerous other states, temporarily, of course.  Anderson said the reason RIN took off so fast was the stresses of the current system… the bottlenecks.  “It will be interesting to see what happens when the state emergencies are over and whether RIN legislation gets extended or made permanent,” he said.  “One key factor will likely be whether fraud is more prevalent in these transactions,” Anderson continued.

On the flip side, the RON service providers cannot be happy with RIN, and I don’t blame them.  My take – as with many outcomes in our industry, investors will have a heavy hand in the way forward.  Buyers set rules.  That’s who the RON vendors need to pitch to… ‘RON – fully digital or Bust!”

Question for investors (and lenders) – which of the two closing options is more prudent in your mind?

According to Chris Gulotta, Principal with Gulotta Grabiner Law Group PLLC, a New York real estate law firm, he has seen lenders taking any one of three different positions: (i) those not allowing Executive Order audio-visual closings; (ii) those allowing for such closings and permitting the use of any audio-visual system, so long as the requirements of the Executive Order are met – most notably the recording of the closing/notarization; and (iii) those allowing for such closings, but only permitting the use of audio-visual platforms that are MISMO approved. When asked about vendor readiness, he said, “Those who were the most prepared, took compliance and business continuity most seriously and got out in front the quickest, are emerging as the winners.” I smile, knowing Gulotta’s passion for compliance and cybersecurity, as he is also the founder of Real Estate Data Shield, a cybersecurity employee training company since 2012.

From my many discussions and listening to a few RON webinars, there are plenty of issues to contend with too.  Best for you to think about them as you evaluate your options.

Lastly, you should consider a RON partner with rich experience in eNote delivery, arguably the most critical output of the entire process, in conjunction with the MISMO SmartDoc components.  I also know of a handful of consults well-versed in leading RON deployment efforts.

By the time you engage a project team, spend a few months researching the myriad of complexities and crafting your road map, only then will you begin to define your detailed sourcing requirements for a RON platform. By then, the bottlenecks may be less prohibitive.  And just maybe, when the RON vendors see that you have already completed your homework, you’ll get higher priority.  Let’s face it, we would all go for the path of least resistance for new and meaningful revenue.  If these vendors sense they don’t have to hold your hand every step of the way, and you are far closer to being deployment ready, you’ll possibly get the VIP pass to skip the line.

Proceed with cautious enthusiasm, getting advance permission, in writing, from all key stakeholders before you pursue RON implementation.  Otherwise, you may end up with loans that cannot be insured for title, recorded or sold.

In a recent RON webinar including panelist Whitney Vogt, Director of Strategic Initiatives at Guaranteed Rate, she advised, “We don’t always get everyone’s attention until there is an immediate need.”  This sums up the entire premise of this article.  RON went from convenient to critical – overnight.